I don’t think I have ever procrastinated over a post more than I have for the Big Bang Penetrator. It’s not that I don’t have tonnes to say because I do but previous to this machine I was a sex machine virgin so writing this post makes me super anxious in case I miss anything 😆

First things first, it comes in a maooooosive box but that was to be expected. Not particularly a fan of the box to be honest. I find it quite tacky but I guess that is part of the overall aesthetic associated with a machine. Thankfully, I can store it in the postal box instead.

The Big Bang Penetrator is super easy to put together and at this stage, I can claim an expert status at banging it together. It lives dismantled in the box and every time I want to use it, it requires putting it together and dismantling afterwards. Yes, I know – utter ball ache but sadly given its size and me having children and nowhere to house it permanently, it is, what it is. This means this machine can only come out when I have time to do all that, which is super sad considering it would be awesome for a quick wank as I can come super easy with it and it is surprisingly quiet!

Also inside the box is some blue gunky stuff which is what you use to keep the machine running smoothly – I guess like a gel version of wd40. Overall, you get a lot of bang for your buck considering the machine retails for just under 350euro.

Oh and the Big Bang Penetrator sex machine can nearly spin a full 360 degrees so many angles are possible and it supplies the user with up to 150 thrusts per minute on the highest speed or 60 on lowest. *Fans self*

So how did I get on with the Big Bang Penetrator Sex Machine?

It is surprisingly easy to operate and even more surprising actually not that loud.

I think I expected – well actually I am not exactly sure what I expected but I almost expected it to announce I was about to bang a sex machine before I powered it up to experience the noisest lover of my life. However, my pre misconceptions couldn’t have been more wrong.

The Big Bang Penetrator is provided with two attachments and for the purpose of this review, I only tested those two with it. I have plans that something else might work but I haven’t had time to fully test those yet however another post will be incoming so keep your eyes peeled for that. So first things first, nope I cannot DP with the toys supplied and believe me, I say I tried – many times and nope, it wasn’t happening. They just don’t line up correctly for me however, it is possible!!

The base of the Big Bang is quite large and as a result, extremely stable. I have had no issues pushing against in use. I have even managed to use the machine on my bed and lie there and just take it like a boss, with the machine rocking away with no issues. That I wasn’t expecting!!

OK LSB we get it, it is easy to use – but what exactly is it like to be banged by the Big Bang Penetrator Sex Machine?

Ok so folks there was a lot to explain before I could get to this point!

The Big Bang Penetrator is awesome. I knew I was going to love being banged by a sex machine but in reality, I had no idea how good it was going to be. Having a machine means I can a. get literally banged, hard and fast or b. slow and sensual as I like, and on tap. It is capable of both but come on here, this machine is capable of 150 thrusts a minute on full whack so make no mistake, my preference is being banged, hard and fast and literally coming over and over. And yes, that is possible. I have used the machine standing, kneeling, lying and overall, my favourite position is being banged hard in doggy! Hence me sussing a way to see if I can make this machine work for me doing DP and I am fairly certain I can make it work… I just haven’t had the time to test my theory… yet!!!!

Is it worth its price tag?

I would say yes because it is quite cheap in comparison to other machines I have seen on the market. At under 350 euro – you are getting a powerful sex machine, capable of nearly 360-degree rotation and works just as well on a bed as it does on the floor. It is mains powered, with loads of cable to adjust positions easily! Super easy to use via the dial.

Overall, yes – I love it and writing this all makes me wish it was next week already so I put my plans into reality! Keep your eyes peeled for the next post 😉

I would like to take the opportunity to thank Orion for sending me the Big Bang Penetrator Sex Machine in exchange for an honest and impartial review this however in no way changes my opinion on the item. What I honestly think, you read! All images displayed are taken by myself.

No affiliate links have been used in this post. 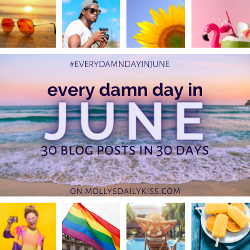 Review: My experiences with a Pussy Pump

This site uses Akismet to reduce spam. Learn how your comment data is processed.

Folks I am affiliated with:

To support my site –

Please clear your cookies before you click on a banner. This way I receive a small commission from anything you purchase, which is at no extra cost for you.

Thank you for the support! <3

This website uses cookies to improve your experience. We'll assume you're ok with this, but you can opt-out if you wish. Accept Read More